We have now nearly finished lambing time with just seven left to lamb.  We had a set of quads last week, unfortunately one died during the birth, the other three are doing well, although one of them was under the heat lamp, she is tiny and had to be tube fed for a couple of days. She is now been fed by the bottle.

There have been lots of triplets; a couple of them we have mothered on to sheep that had lambed just one.  It is better for the sheep if they just feed two lambs not three.

As the sheep lamb in the larger pen we take them out into individual pens.  Other sheep that are due to lamb sometimes try to pinch off with lambs that a sheep has lambed!

When we know that they are feeding well usually a day or so old the male lambs are castrated using a rubber ring and all the lambs get a rubber ring on their tail so it is docked (the tail drops off in a few weeks - we see them in the field!).  The sheep and lambs are sprayed with numbers so we know what belongs with what sheep then they are turned out into the larger pens.

Some of the sheep with younger lambs are inside the farm building in large pens all running together and quite a few stornger ones are outside now.  Before they are turned out into the fields the sheep have their feed trimmed, given a worm drench and are given a vitamin & mineral supplement.  The lambs are also marked with our blue flock mark.    The ones outside are fed provin once per day. 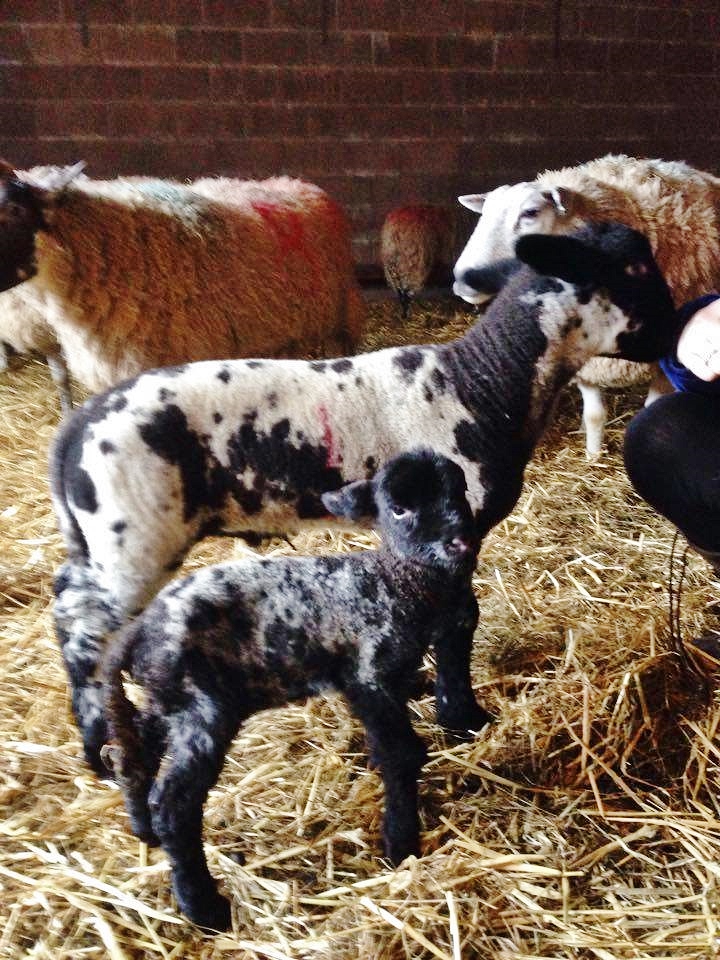 Single lamb (Red 1 first to be born on 12th February) with the smallest quad who was born last week. 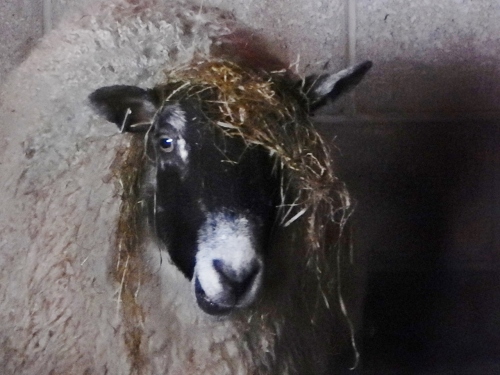 Sheep with her silage hair do. 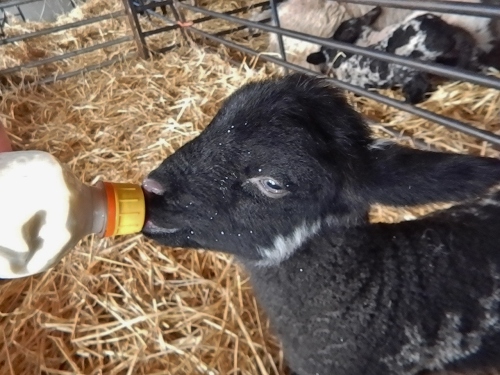 The small quad being bottle fed. 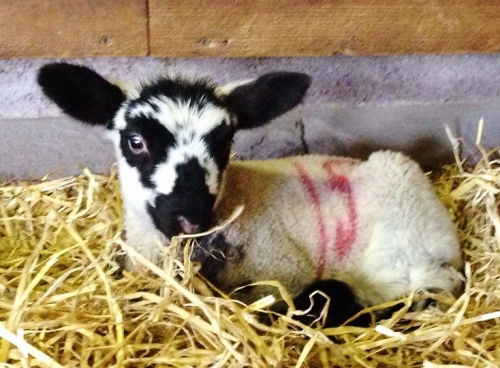 I think this one looks like a lemur - King Julian from Madagascar the movie.