Last Tuesday which was the hottest day of the year saw us baling a field of grass into large silo bales.  We were hoping to get some hay (drier grass in small bales) but the weather forecast did not allow enough dry days to get the grass dry enough.  Hopefully another field will be mown soon and baled into hay.

On Wednesday my dad took some of the older sheep which had 'broken mouths' (no teeth!) and a couple of sheep that were only producing milk on one udder to the auction. There was quite a good trade for cast sheep and we will then buy young replacement breeding sheep in a few weeks time. 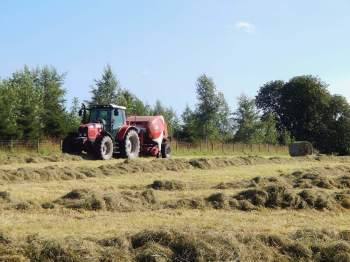 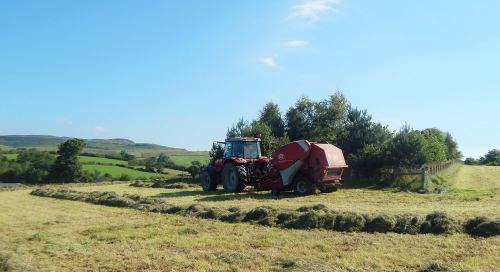 Today James has been pasture topping one of the pastures.  This is just mowing off the long stalk seeded heads of grass;  it improves the growth of the grass and is better for the sheep when grazing.   I have been making jars of blackcurrant & apple jam from the blackcurrant trees we have in the garden then later I went on to my fortnightly 'Young Equestrian Group' at Greenhall Stables. 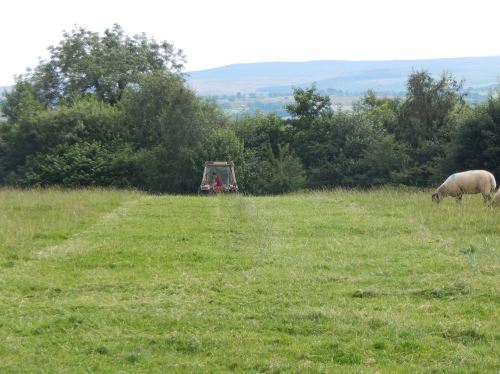