There are just two sheep left to 'tup' (mate with the ram), we used three colours of mark  on the tups crayons.  Green for the first two weeks, then red, then blue, nearly all the sheep are red mark, so these are due in the middle of March.    They have a gestation period of around 144 days.

At Young Farmers we had a 'blind sheep dog' assualt course held at our house where we were paired up and one person who was blindfolded and the other person had to guide them over and under obstacles.  We have also been at Kendal Golf Driving Range,  had a car treasure hunt and took part in the district quiz.

Nelson on the scent of a sheep.... 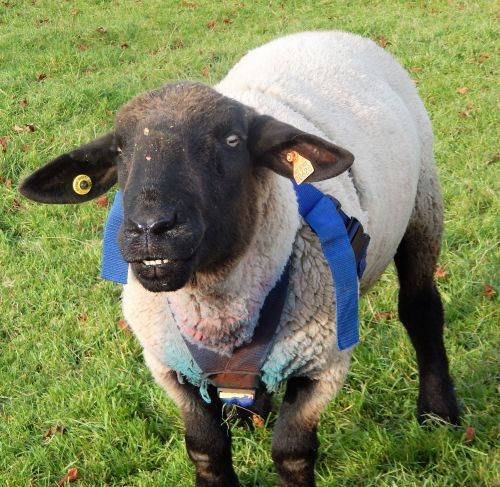 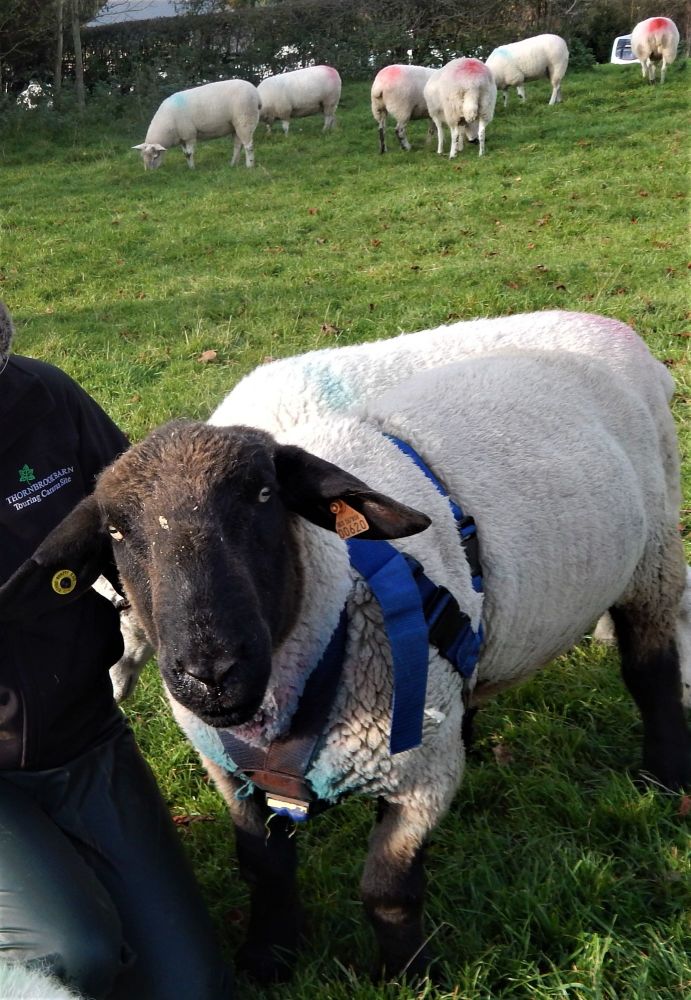 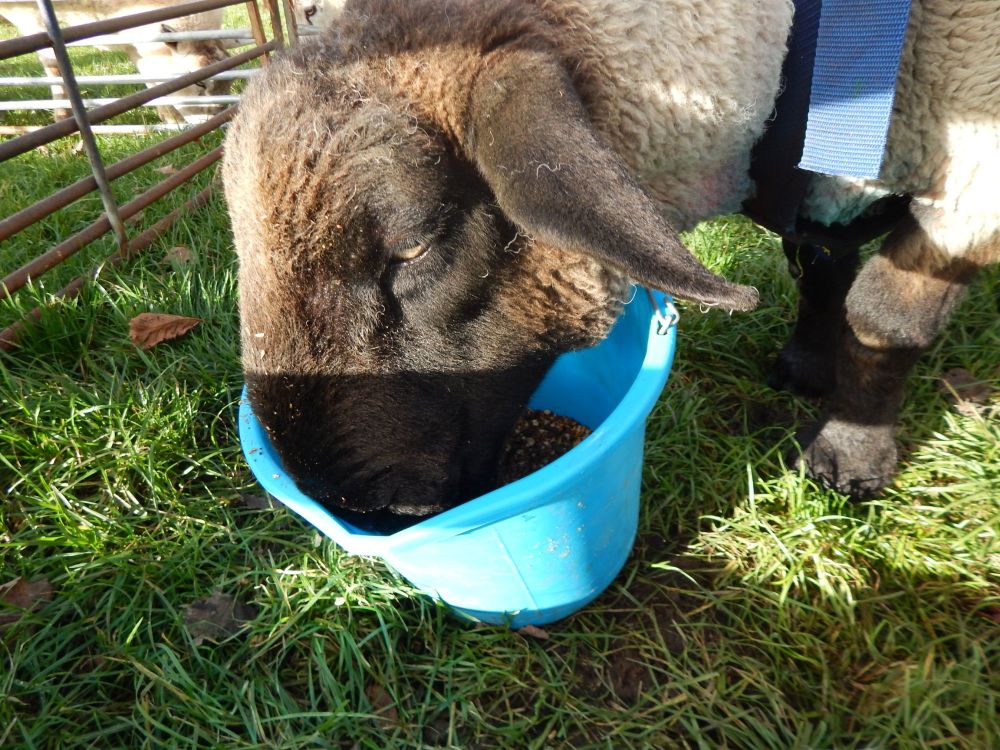 Having his tup ration mix.. to keep his energy up!