The sheep were scanned today, there are lots of triplets again.  They scanned at 208% which is good percentage and there was only one sheep not in lamb.    Any sheep having twins are not spray marked, ones having three have a red dot on their rump and singles a blue single dot in the middle of their back.

The grass has stopped growing now and they have been having hay, in a couple of weeks they will received provin too.  Some have been quite lame too with 'scald' where the soft tissue between the hooves gets sore and swollen.  We have to spray between the hooves with an antibiotic spray.  As they get heavier with lamb we are more reluctant to turn the sheep up and have to try and spray them whilst stood up. 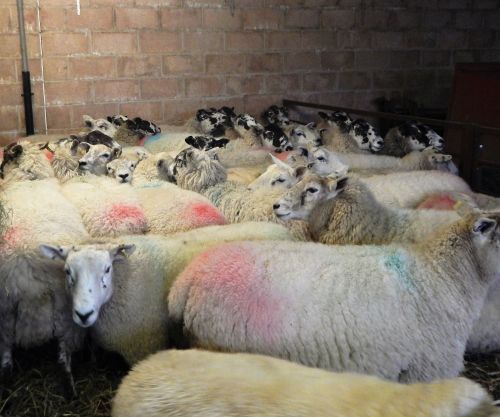 Ladies in the waiting room waiting to be scanned. 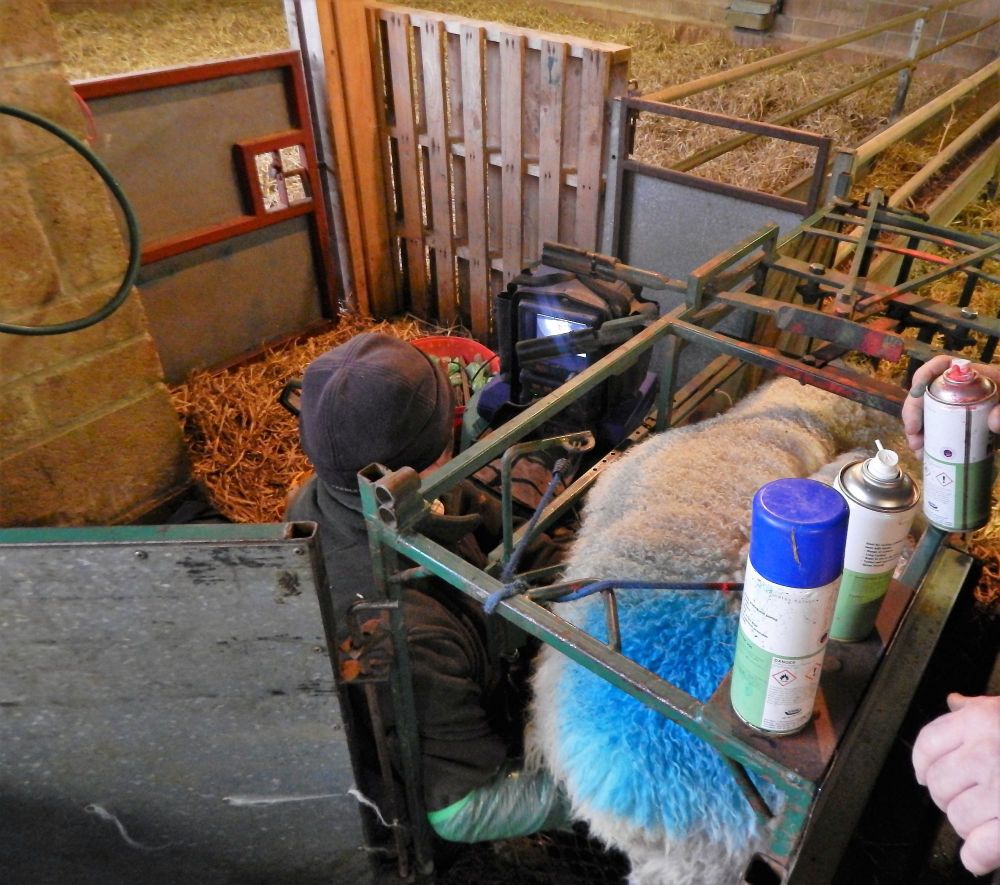