Today I have been at the local Auction with my dad to buy some replacement Mule Shearlings.  A Shearling is a sheep that has had its wool clipped off it once in its lifetime.  This time last year they were lambs, later in season the lambs are known as hoggs or hoggets.   Sheep are aged for keeping purposes and selling as two shear, three shear etc.  Their teeth help identify their age too.  Basically an older sheep gets a 'bit long in the tooth' and they eventually lose their teeth!

It was the first sale of the season at Bentham today, there were just over 2000 for sale.   We  brought them home and marked them with our flock mark and let them out into a field, they were hungry!   We are not allowed to take any sheep off our land now for six days, as each movement of sheep has a licence issued and all sheep are electronically tagged and logged.

Tonight I am going on a car treasure hunt with a Young Farmers Club from Rathmell as our club isn't having a meeting this evening as many of the members are at the Royal Welsh County Show.

Last Saturday was the village annual gala,  we took Daisy the Cow for the young children to 'milk' and also took our 'Ducking Stool' where I was on the stool.  People pay to throw a ball through a hole and hit the catch to release the stool and I kept landing in the water - it was freezing! 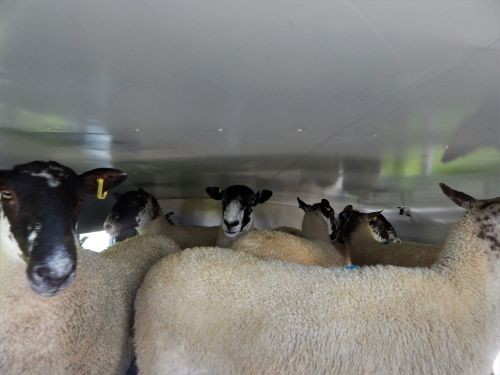 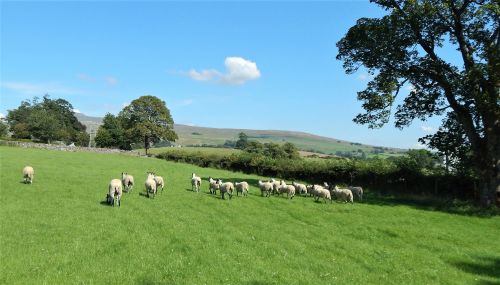 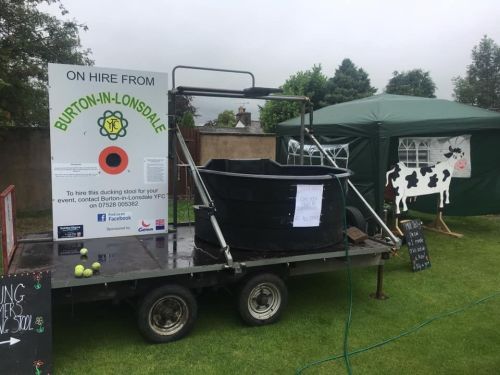 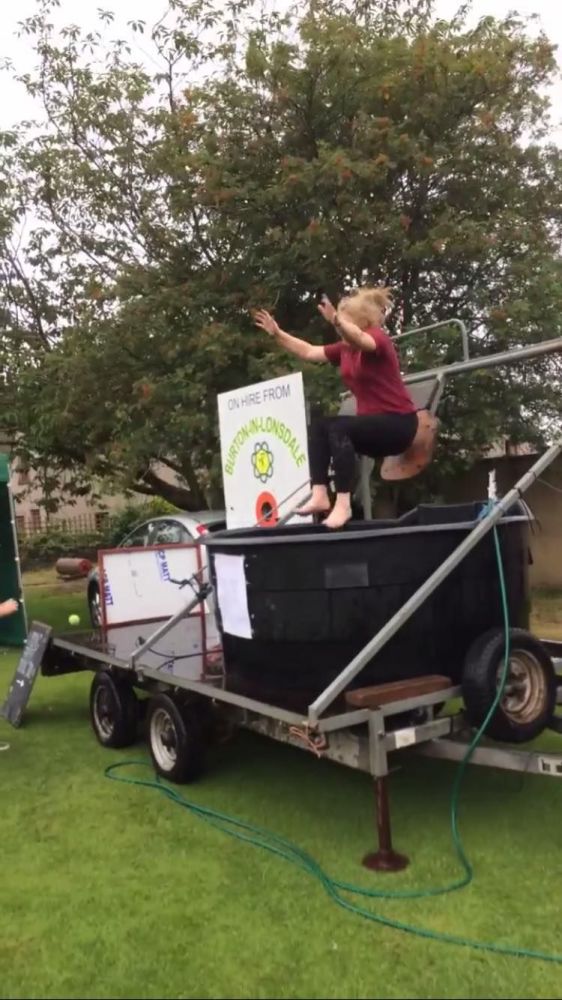 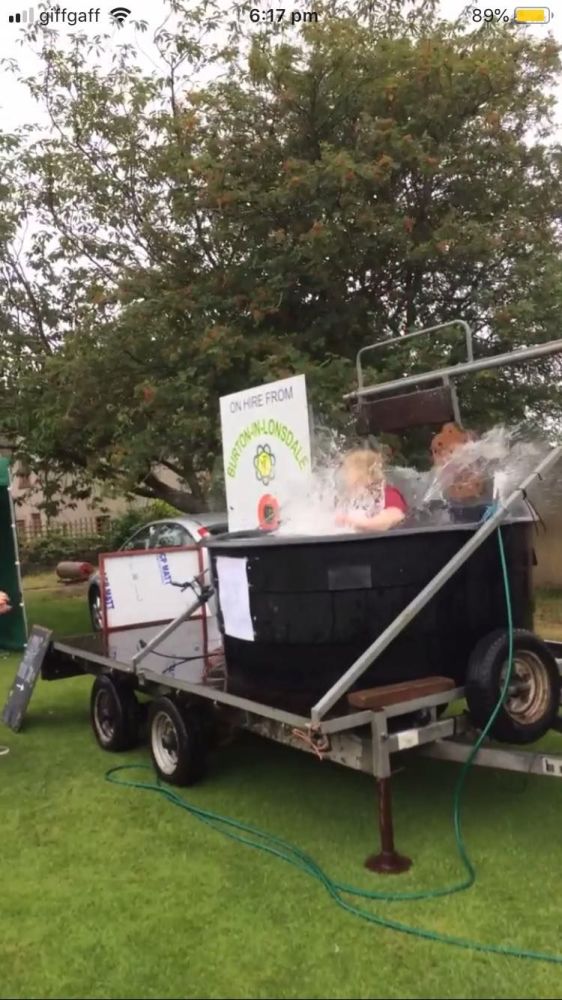 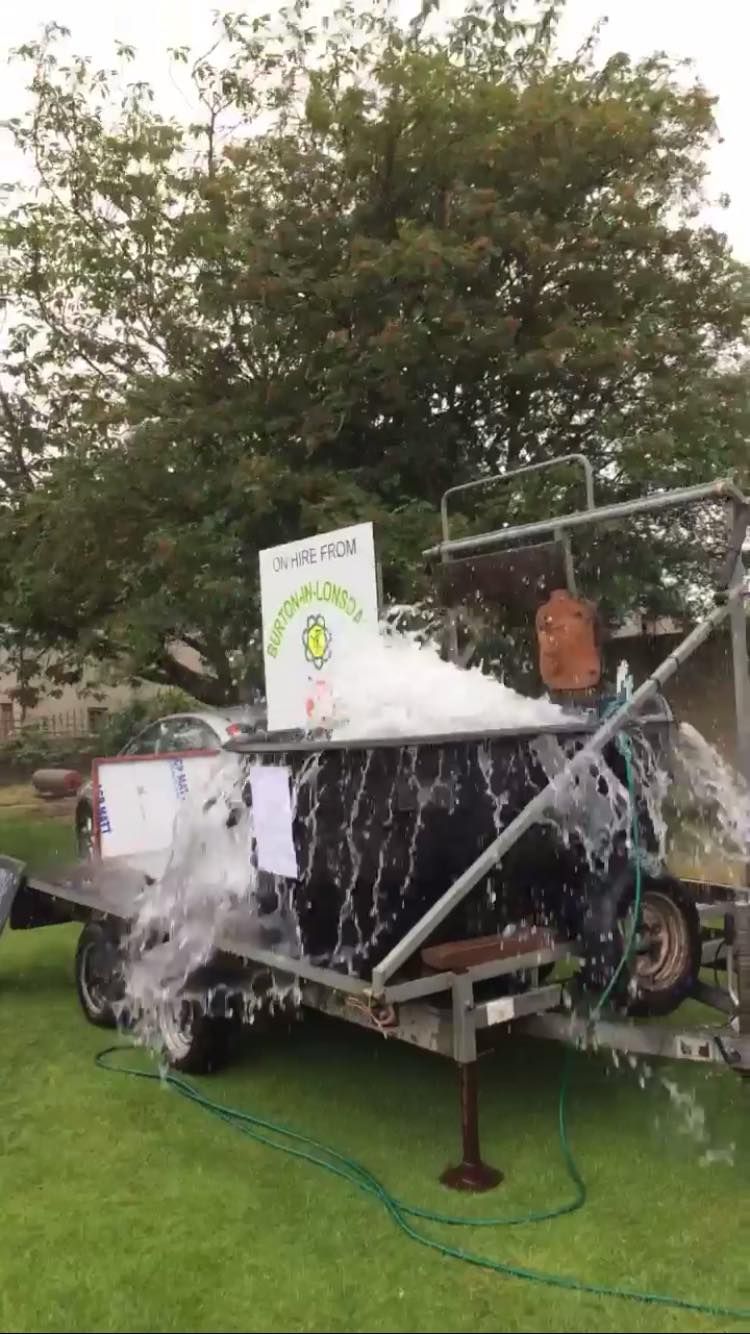