Frank the Beltex-Charolais ram is grown a centre horn, perhaps he is intending on being a unicorn.  It does break off cleanly after a couple of weeks and we put antibiotic spray on the 'wound' he doesn't seem bothered by it, and then it doesn't appear again for a few months!

He is separated from the breeding sheep, as he will be put to them to mate in around a months time. 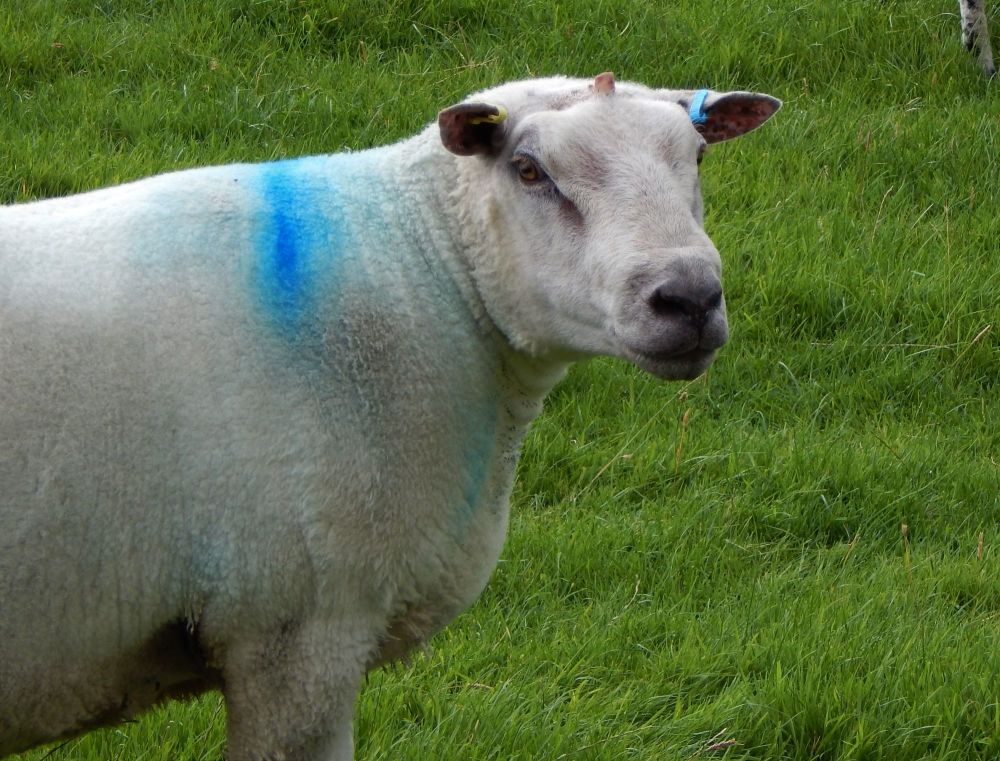 Some of the sheep and lambs keep getting dermatitis between their hooves (scald) in the warm wet weather especially when the grass is long.  Here they are running down the road to be moved into a another field, where we also wormed them. 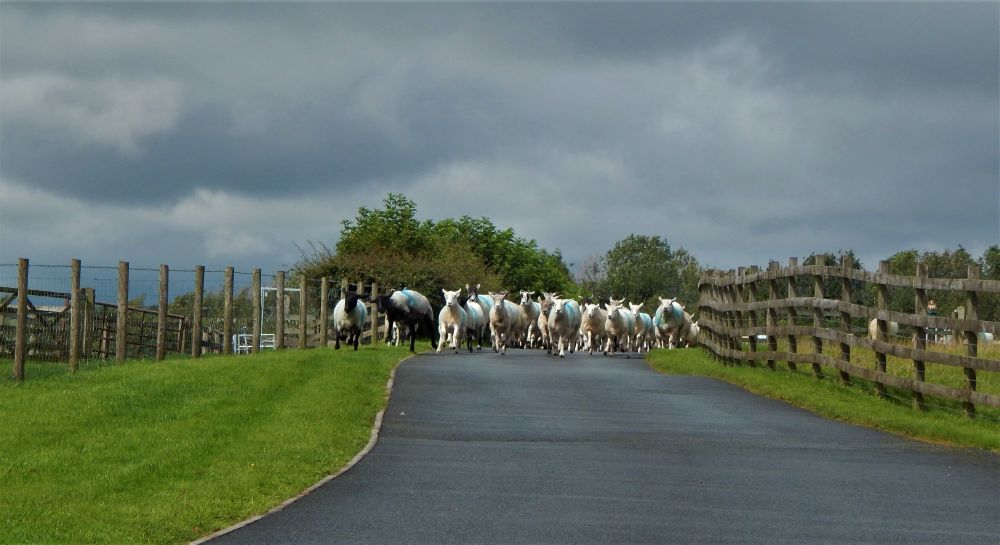 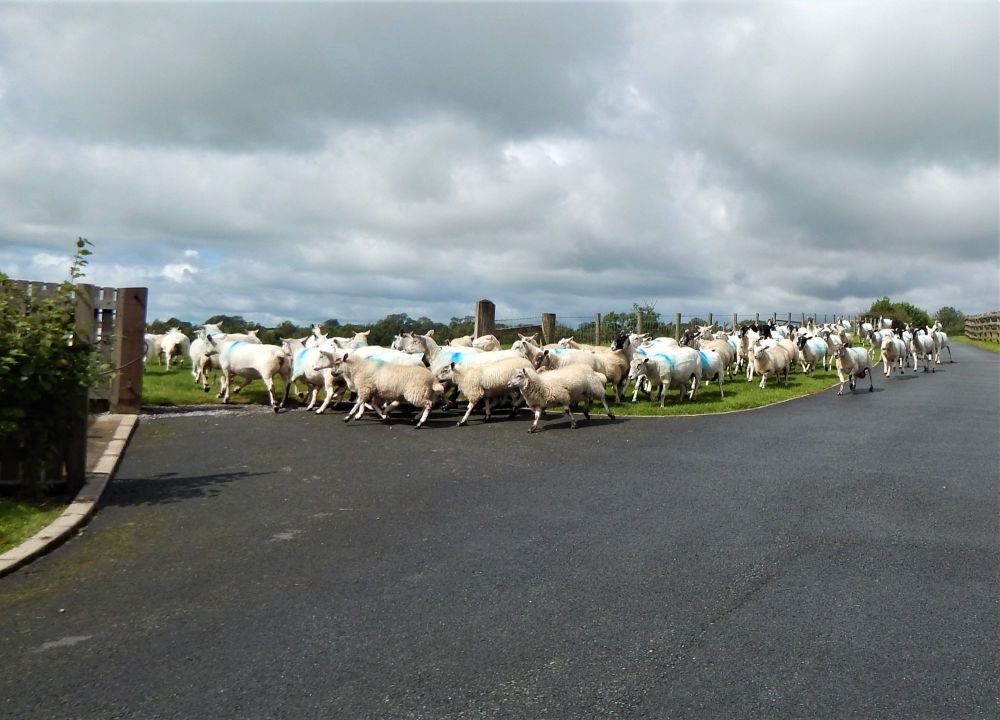