The auction put all the sale entries in an online catalogue with details of the farm name,  numbers for sale, breed and vaccinations etc that they have had.  They are sold in various lot sizes, mainly 10- 15 for the Mule sheep with some of the Beltex being sold in single lots then in small groups of 3-5.  The ones sold as single sheep are usually higher quality and make more, some were selling around £600-£700.   The ones we bought were £155 - £160 each, the average price on the day was £134.   Before the farmers sell their sheep they usually spray them with a purl dip to curl and colour their fleeces, wash their faces so they look brighter and some breeds like the mule have their fleece around their neck cut short so their head appears larger and their bellies trimmed so their legs appear longer.  The backs of the Beltex are also cut short and flat, their tails trimmed so their back end/ legs looks wider and fatter!  There is quite a bit of work involved preparing the sheep.

A shearling is sheep that was lamb last year and has had its' fleeced sheared once.  They should grow a little more.

Frank the tup will be put in with them to mate around the 19th of September, with the lambs due mid to late February.   All the breeding sheep will be worm drenched & given a vitamin drench, their feet checked etc before then. 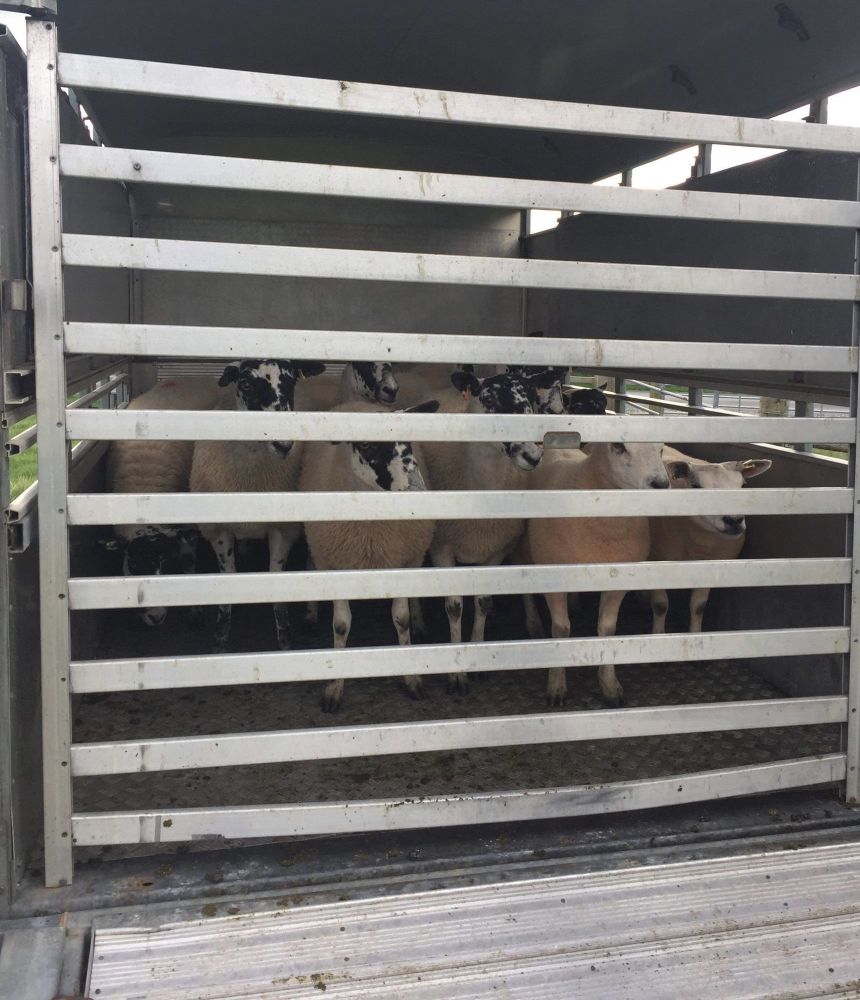 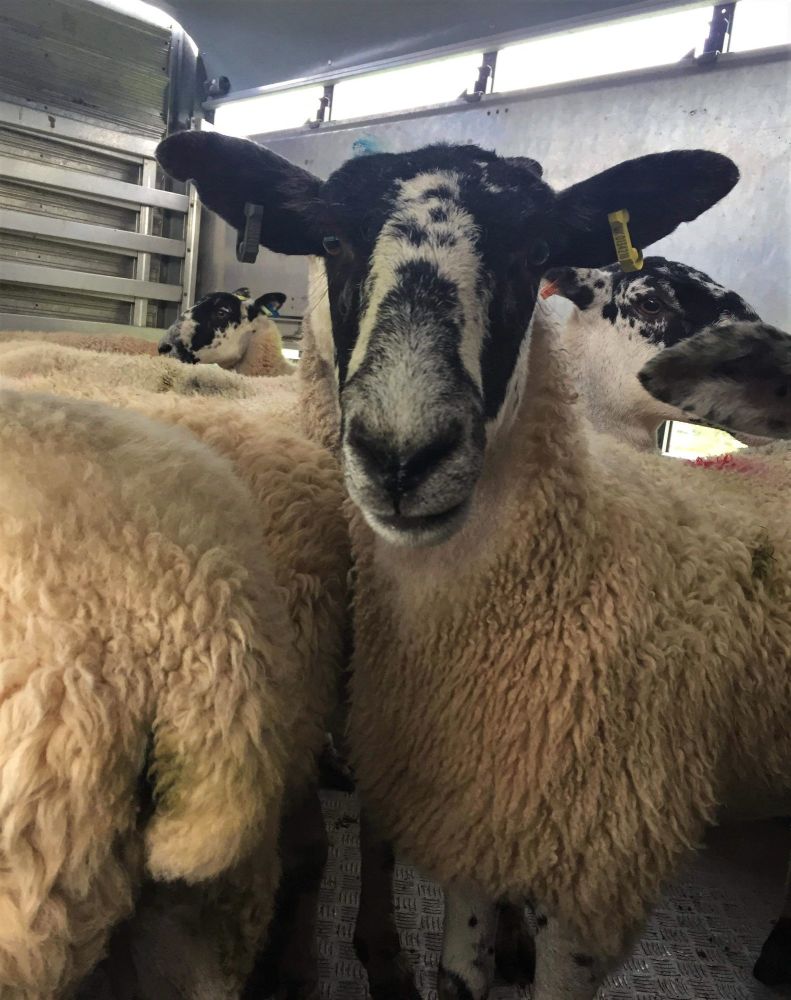 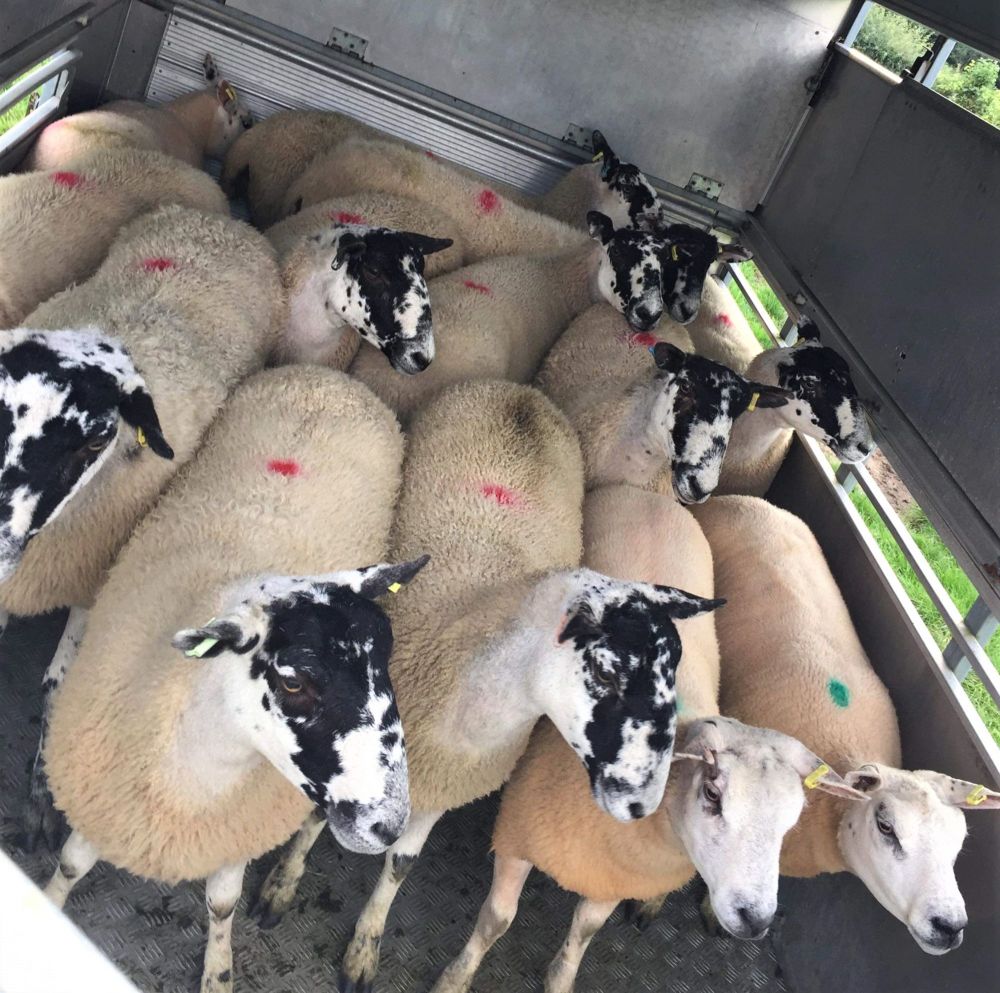