All the sheep were scanned at the beginning of the month, 3 were geld (not pregnant).  These non pregant ones are then sold at the local auction.   As they go through the scanner we spray a coloured dot on each sheep, marking triplets and singles and twins are left unmarked.  This helps with feed prior to lambing and at birth we know what they are going to have.  We try to let the sheep 'go' with two lambs. if we have a spare lamb that has come from a triplet we try to adopt it on to a sheep that is giving birth to a single.  It is easier if we can do this when we catch the single mum giving birth in what is called a wet adoption.   The lamb that we are mothering on is covered in birth fluids from its new mum so it smells and tastes the same as her own lamb!  The sheep are not easily convinced though!

The sheep are all inside with the triplet sheep separate from the others as they receive more provin. They are on haylage too.   Provin is a compound feed with 18% protein, they love eating it twice per day.

Early December we had a large Horse Chestnut tree come down near to the site entrance and it blocked the little road down in to the village.  It too a long day to get it cleared and the wood was brought back into the yard and we have been chopping it up and seasoning it by storing it to dry it out so it has a low moisture content so we can burn it.

For Christmas my boyfriend bought me a Pedigree Suffolk hogg (a sheep that is not quite one year old).  I have called her Hazel.  She is quite large and will be put to a Suffolk tup next Autumn.  As we don't have a Suffolk tup she is going back to the farm where she came from to be sired by one of the Pedigree tups.

The tree that came down during Storm Arwen 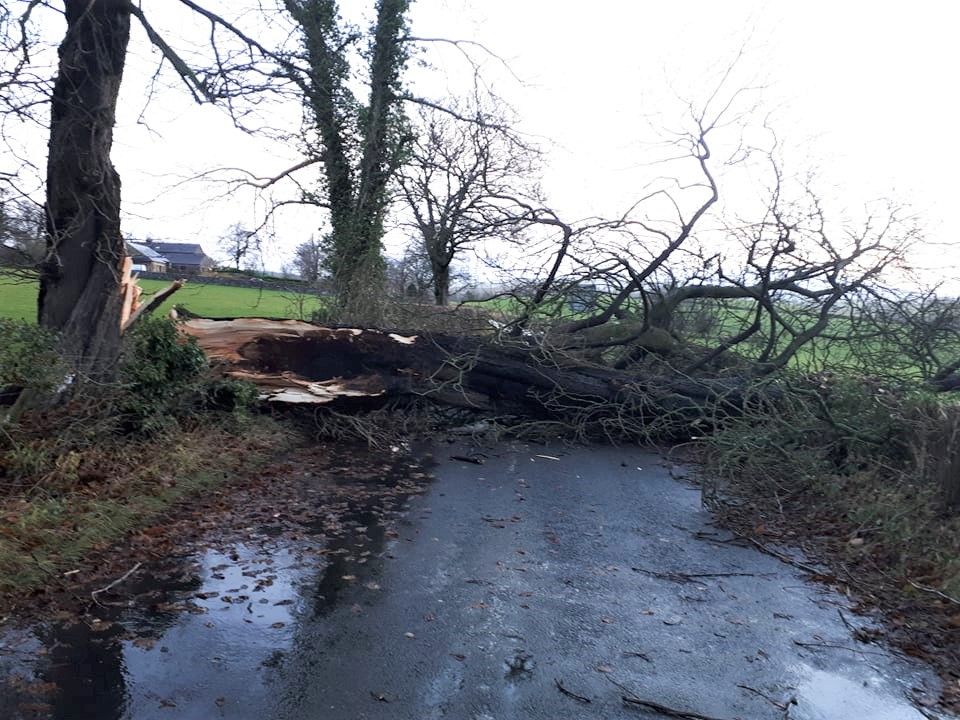 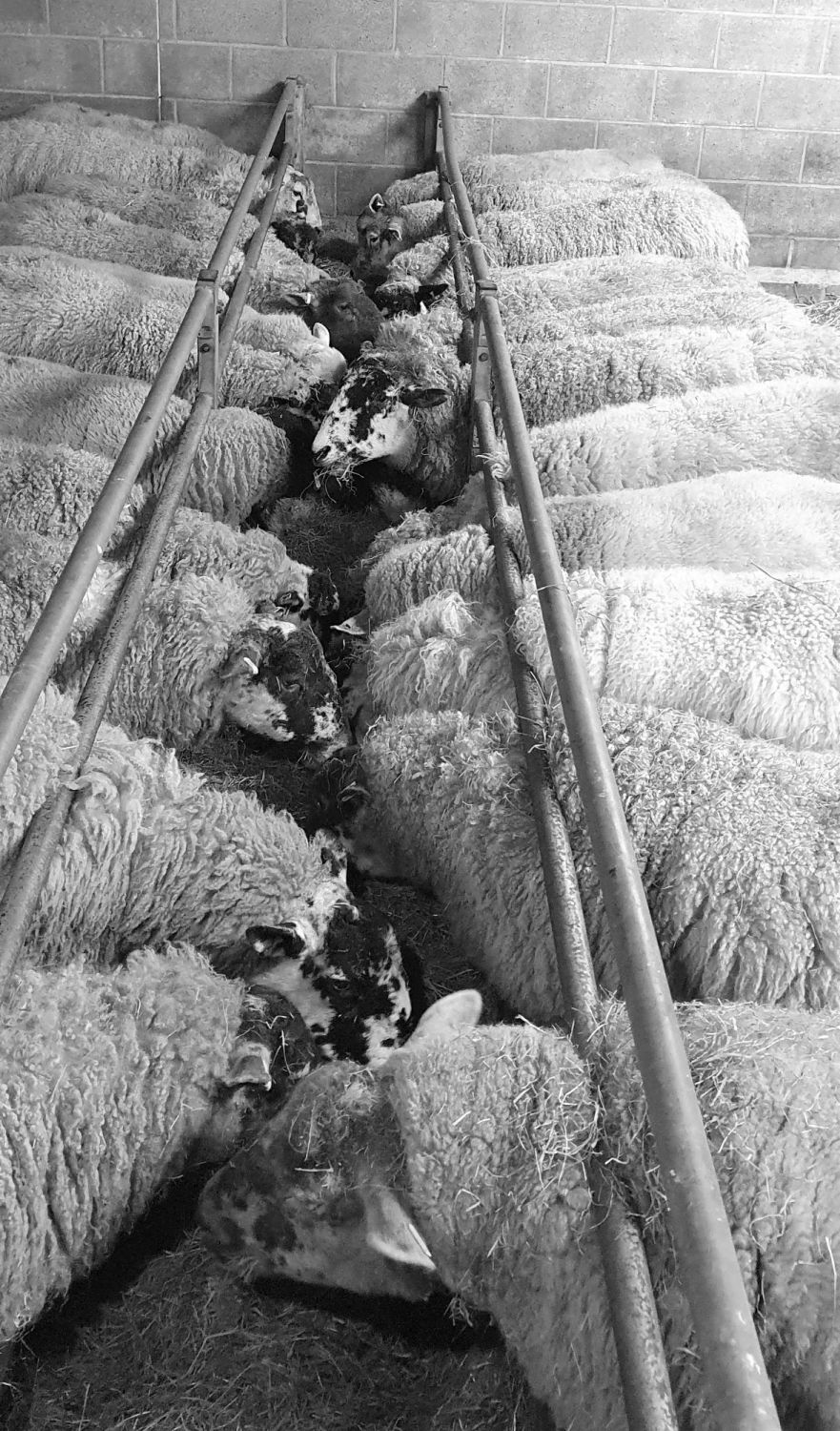